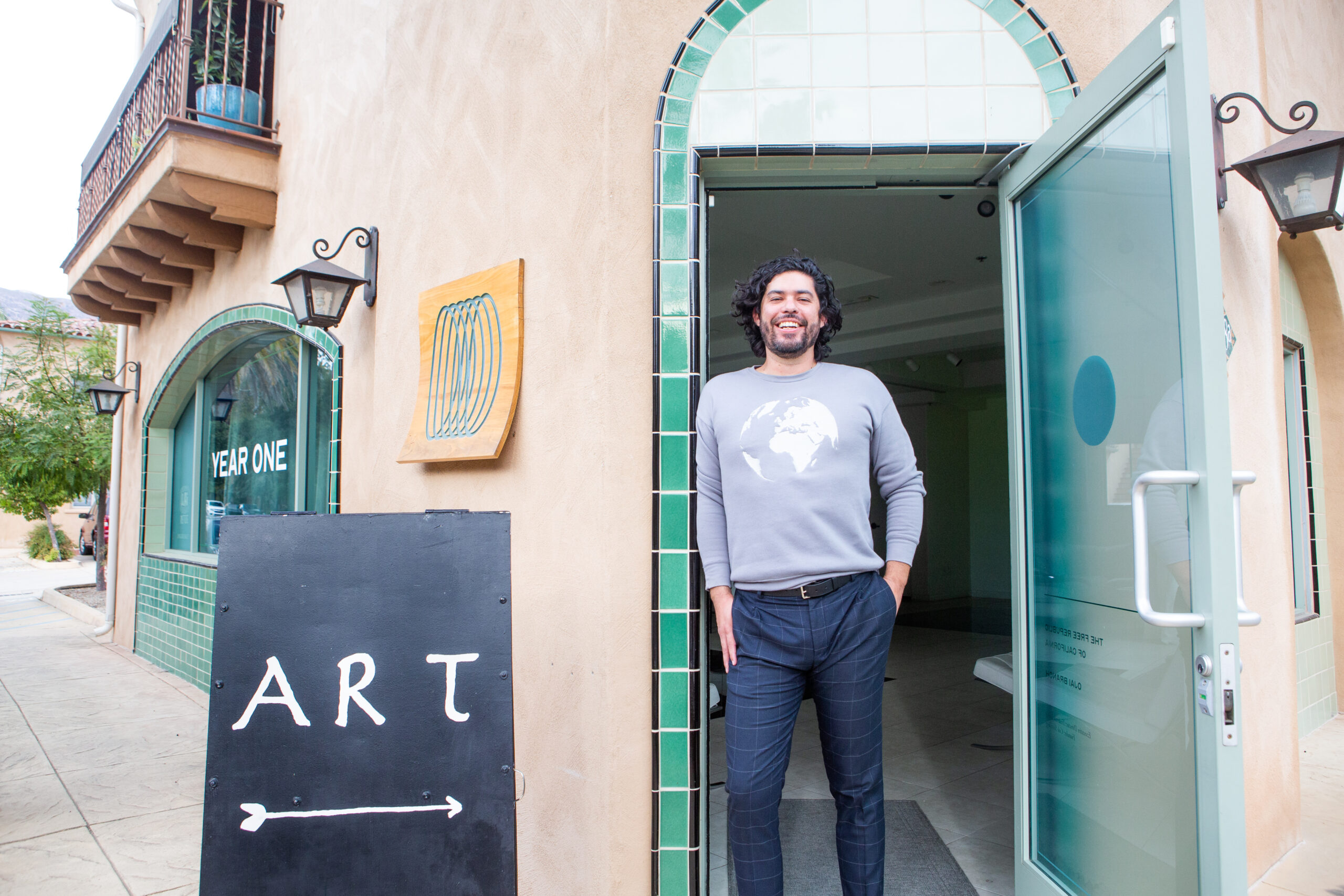 We can only be transformed for the better through art, and I am a passionate believer in that,” says Frederick Janka, Executive Director of the Carolyn Glasoe Bailey Foundation. Frederick makes no secret of his respect for the value of art in troubled times: “Artists are second responders.”

Frederick’s leadership journey began in Santa Barbara, where the self-described “art-crazy” teenager landed an internship at the Santa Barbara Museum of Art and developed a longtime friend and mentor in Director of Education, Patsy Hicks.

During his tenure as Development Director at the Museum of Contemporary Art Santa Barbara, Frederick worked on a project where artists co-created with the community – in this case, the Latinx community – building a connection to the museum through service.

“What is inspiring is to see this increased agency of artists in their willingness and passion to support their communities, as well as social justice initiatives. The contemporary art term for it is ‘social practice.’ It’s an art form now. Social justice is becoming an institutional imperative, not least because artists are calling for it.”

In Frederick’s view, Covid-19 forced a reckoning in this realm of the art world. “We’re seeing a real questioning of established systems, priorities and hierarchies in the art world. Ultimately, it’s forcing institutions to listen. To voices outside the institution, but also within. Leadership in many arts institutions are being forced right now to deal with the fact that they haven’t been listening, they haven’t been thinking about their full team and their real value.”

Frederick takes pride in the ethos of the Carolyn Glasoe Bailey Foundation. “What we have consistently done is listen to artists. We look to artists. And we are very clear about making an effort to compensate them for their insight and their creativity, ideas and their work, and their labor.”

Back in 2016, while he was Development Director at the Museum of Contemporary Art Santa Barbara, Frederick attended Leading From Within’s Courage to Lead program. “One of the biggest takeaways has been our leader circle. To this day we meet once a month. It’s a great sounding board, and a critical community of support.”

“Arts have proven to be transformative. Arts provide options.”

“It’s almost a sinister way to put it, but it’s nice to have a cabal of social sector executives where we can share our challenges, mistakes and successes. Directors often feel alone, but whatever you’re dealing with, someone else is dealing with it too.”

Frederick bristles at the suggestion that nonprofit collaborations might be fraught because executives are also competing for donors. “That’s the biggest misconception in the nonprofit world. It’s an ecosystem of relationships that only works better when we’re collaborating and sharing.”

Currently a member of the Arts Advisory Committee for the City of Santa Barbara and the Santa Barbara Advisory Board for KCRW, Frederick is unwavering in this: “Arts have proven to be transformative. Arts provide options. It’s exposure to different ways of thinking and seeing. Without creative thinking, there are no options.”