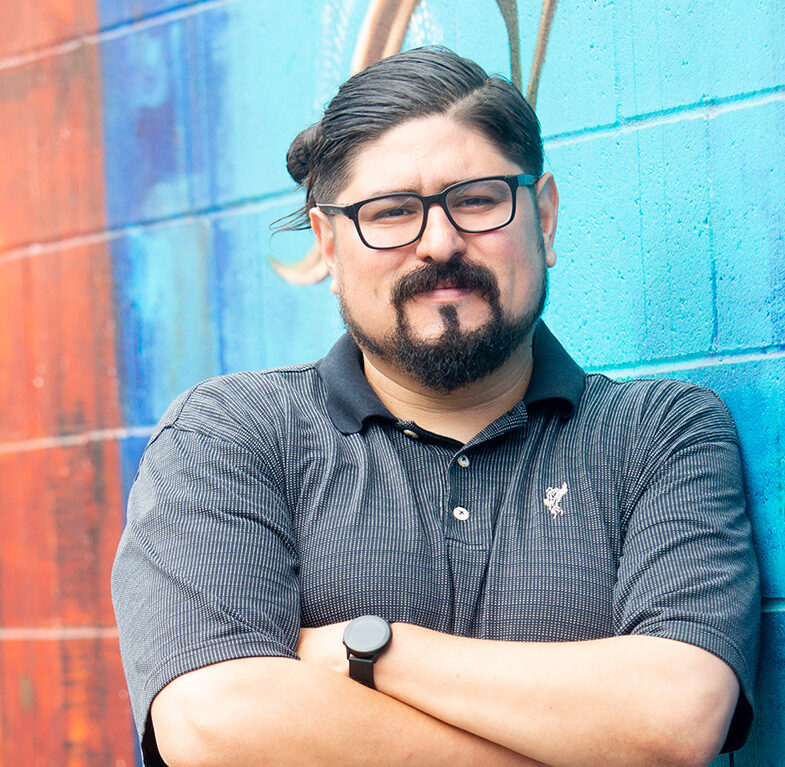 Frank Rodriguez is the person you want advocating for you. The son of immigrants from Jalisco, Mexico, and a first-generation UCLA grad with a master’s Degree in Latin American studies from the University of Texas at Austin, Frank has both the knowledge and experience to help the families he serves. Frank works as the policy and communications associate for CAUSE (Central Coast Alliance United for a Sustainable Economy), a nonprofit that is building grassroots power to invoke social, economic, and environmental justice through policy research, leadership development, organizing, and advocacy.

Frank’s passion — protecting the rights of marginalized populations in Santa Barbara County — stems from his own personal experience. His mother cleans houses and his father tended the bar at La Cumbre Country Club before eventually moving back to Mexico. Frank got his first job as a busboy at the country club, where he met a group of families who sponsored his attendance at Bishop Garcia Diego High School. There, he started a chapter of MEChA, a movement created in Santa Barbara in 1969 with a mission to empower the Chicanx community. “I was bridging two worlds: my Mexican home, which was safe and comfortable, and the more affluent world that felt alien to me,” Frank explained. “There are a lot of tensions being in two worlds and that experience politicized me.”

After graduating from UCLA, Frank stayed in Southern California and was involved with labor, electoral, and community organizing. “I saw the power of collective bargaining and wanted to be a positive voice to the immigrant community,” he said.

“The ability to be part of a union where people feel respected is powerful,” Frank explained. “My mom could work for 10 hours with no overtime, field workers often suffer without adequate water, and others work without access to clean bathrooms or paid maternity leave.”

Frank’s love for policy work led him to the University of Texas at Austin. He wanted to gain experience in the field with a large Mexican population, while pursing a masters degree in Latin American studies. While Frank embraced the two-step, he’s a Cali kid at heart and sought opportunities to return home.

He was thrilled to find CAUSE, where he has worked for the past three years, focusing on tenant rights and electoral issues. It is a community organization with an allegiance to labor and electoral politics, encapsulating many of the causes that Frank cares deeply about. “I am able to work on immigration and tenant rights policy, while at the same time building community and electoral power alongside community partners.”

“It’s daunting to think of all that’s happening, even in our small town, and to be able to engage in conversations with social sector leaders that I wouldn’t connect with otherwise was fruitful.”

Many of Frank’s local connections came from his participation with the Emerging Leaders Program. “The Emerging Leaders Program helped me map out the community landscape and connect with other nonprofits in a systemic way that I appreciated,” he said. “It’s daunting to think of all that’s happening, even in our small town, and to be able to engage in conversations with social sector leaders that I wouldn’t connect with otherwise was fruitful.” Frank also appreciates that Leading From Within supports social sectors in the North County, working to benefit the larger region.

Frank still has his Emerging Leaders journal and this intentional writing gave him “a bolt of energy to reflect on myself.” If he is not writing about policy reform, then his journal is filled with hip-hop lyrics.