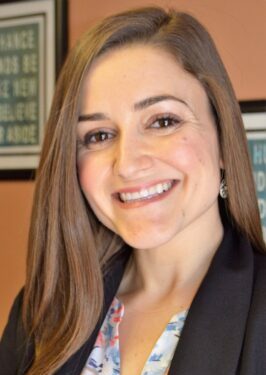 Ashley Costa is the Executive Director of the Lompoc Valley Community Healthcare Organization which facilitates the Healthy Lompoc Coalition, a partnership of local leaders and volunteers working together to improve the health of Lompoc Valley residents. Some of the nonprofit’s greatest accomplishments include collaborating on a volunteer committee and partnering to raise $1.6 million toward the capital overhaul of a community track and field in Lompoc. Ashley’s organization has also served as advisor and participant to the Santa Barbara County Food Action Plan and for the past six years has worked in partnership with the Santa Barbara Foundation to better assist seniors and caregivers in the Lompoc Valley. Ashley participated in the Emerging Leaders Program at a pivotal time in her young career and she credits the Leading From Within program with giving her the confidence and courage to step into a larger role and accept her first-ever Executive Director position.

In addition to sharing her ideas, Ashley hopes to bring the North- and Mid-County perspectives to the board room and to cultivate leadership in the Lompoc Valley. A native of Lompoc, Ashley graduated from UCLA in 2009 with a B.S. in Political Science. She was elected to the Lompoc City Council in 2010 and served until 2014. Ashley began working with the Healthy Lompoc Coalition as a volunteer in 2010 and as Director of Community Health in 2013. Two years later she accepted the role of Executive Director. Ashley practices what she preaches as a fitness enthusiast. She loves working out in her home gym and hiking with her husband and dog.